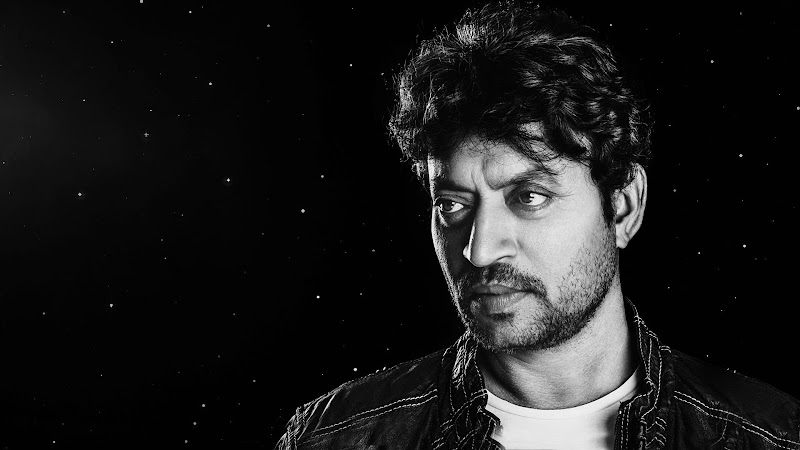 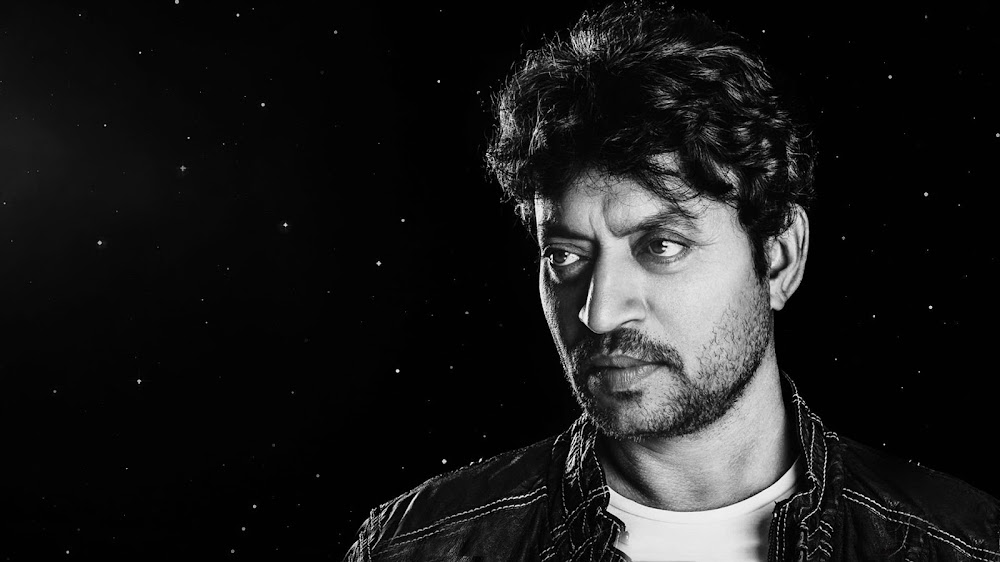 10 Extraordinary Films Irrfan Khan Brought To The World Of Cinema

It's a devastatingly sad day for our country, and the world at large. Irrfan Khan's death has left everyone, including lovers of cinema, art, storytelling and words, absolutely gutted. I personally can't remember the last time I felt so affected by a celebrity's death. The demise of a person I never really knew. Perhaps, because such was the magic in Irrfan Khan's extraordinary talent of breathing life into fiction. Even if you'd never met the man, it was hard to feel detached from him. The legendary actor introduced the world of cinema to some of the most iconic characters and stories, that will remind us of his sheer brilliance for ages to come, even if he isn't around himself.

Irrfan Khan reaffirmed the world's belief in hard work over heredity. With his phenomenally raw and honest acting, unwavering dedication to the art of cinema, and a sharp skill of portraying the most challenging characters with unusual ease, Irrfan Khan taught the world that pure gold is often not blindingly shiny. He carved his niche in Bollywood and beyond, with utmost humility and several offbeat film choices, that will now keep his legacy alive.

Irrfan's Khan death has brought us a lot of grief, but his life brought more happiness than one can account for. Let's celebrate one of Bollywood's luckiest finds. Because that's what I imagine he'd prefer over people mourning him. And for that, we've listed the 10 most extraordinary movies Irrfan Khan brought to the world of cinema.

This feel-good movie has always occupied a special place in my heart, and now there's all the more reason to revisit this beautiful piece of cinema. In his true effortless fashion, Irrfan Khan pulls off the character of Rana Chaudhary, a good-natured albeit impatient taxi business owner. Unlike a lot of the characters played by Irrfan Khan, Rana was as ordinary as ordinary gets, devoid of any quirks or oddities to boast of. But that very fact proves the actor's awe-inspiring talent of weaving magic from the mundane. His banter with Amitabh Bacchan's character, his depiction of Rana's growing affection for the protagonist and his sharp-witted quips every now and then, made a story with quite a modest plotline, leave a lasting impression on the audience's mind. 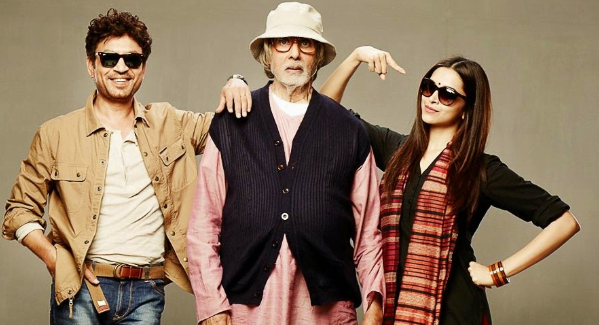 Irrfan Khan's brilliant portrayal of the reserved widower Saajan Fernandes, was upheld by a striking sense of honesty and a certain depth of emotion, rarely found in actors merely playing characters. A beautiful epistolary relationship between two strangers, woven around an ordinary lunch box, is taken to the highest league of cinematic art, by Irrfan's touching depiction of loneliness, the unexpected discovery of new love, and each and every human emotion in between. This movie got Irrfan some of the global fame he rightfully deserved, along with a legion of fans who will always continue to be in absolute awe of the man's artistry. The unparalleled excellence of Irrfan Khan can be best spotted in his natural ability to make his characters look uniquely his, in a way that makes the prospect of any other actor occupying the same position, unimaginable. When Irrfan played the Indian Army soldier turned dacoit Paan Singh Tomar, he made the audience believe the role was custom-created simply so Irrfan Khan could play it, despite the movie being based on a true story. The biographical drama won him critical acclaim from all over the globe, along with a National Award for his gritty, raw performance, launching him from an underrated talented actor to a celebrated hero in the Indian film industry. Arguably one of his most understated works, Irrfan Khan's fluid performance in Talvar deserved a lot more recognition than it got. Based on the Aarushi-Hemraj murder case that shook the nation to its very core, Talvar is a thriller with a gripping plotline, excellent screenplay, and of course, Irrfan's undefeated acting prowess. Despite getting a limited amount of actual screentime, Irrfan Khan played the role of Ashwin Kumar, a resolute investigating police officer, with extraordinary skill and enviable nonchalance. He brought his A-game to his role in Tavar, striking us with his remarkable ease in depicting every feeling on the spectrum of human emotions, and making it seem relatable somehow, however distant from our immediate reality it might be. When two talent powerhouses like Vishal Bhardwaj and Irrfan Khan join hands to work on something, it's likely to become a true masterpiece. And that's exactly what Maqbool was. Touted by most as the movie that introduced Irrfan Khan to mainstream Bollywood, his portrayal of Miyan Maqbool in Vishal Bhardwaj's cinematic adaptation of Shakespeare's Macbeth, managed to focus every unsuspecting viewer's attention on his evidently raw talent and effortless acting chops. And now in retrospect, only Irrfan Khan could have depicted Maqbool's fictional dilemma between romantic love and loyalty for his mentor, with such heart-touching conviction. 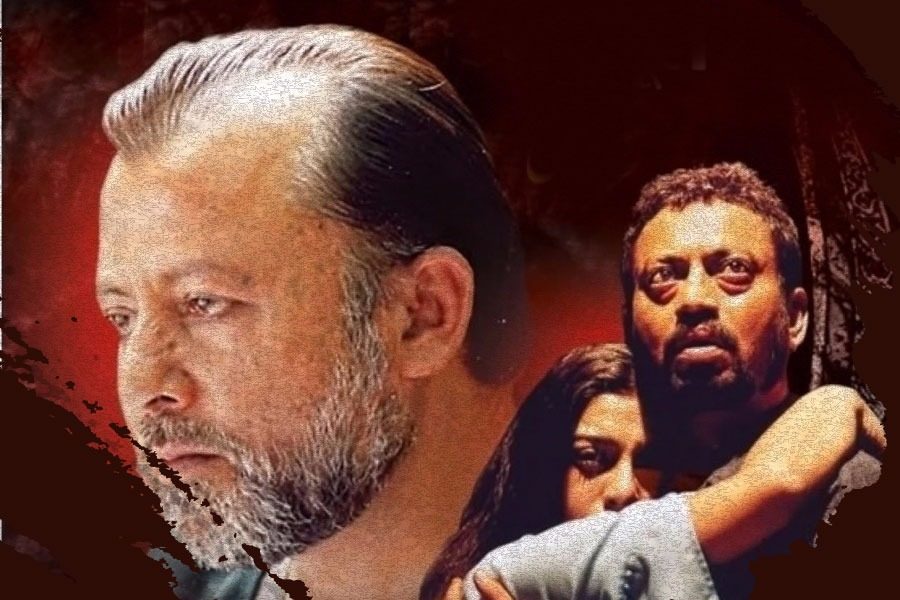 It's challenging for me to sum up Irrfan Khan's performance in Life Of Pi, as anything but stunningly surreal. An already incredible plotline was further enhanced by the actor's phenomenal performance. While playing the role of an older Pi, Irrfan Khan seamlessly convinced the audience to believe in the story, of what was ironically the most imaginative film of that year. Like always, Irrfan slips into the shoes of a made-up character in Life of Pi, with fantastic candour and warmth. He made a far-fetched tale seem remarkably relatable to the masses, and that speaks volumes about his incomparable talent. 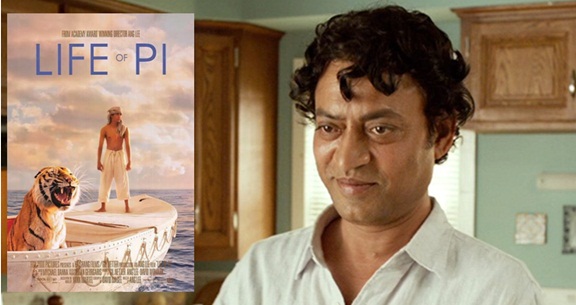 Let me admit right off the bat, as a Bengali with an inexpressible love for books, I am slightly partial towards this one. But if you've seen this movie you can perhaps empathise with my affection for it. The Namesake is hauntingly beautiful and moving, both on paper and screen. But Irrfan Khan's stellar acting as the intellectual Ashoke, managed to transfuse brilliance into some of the most ordinary, everyday situations. This visually poetic film is nothing short of the best of art in Indian cinema, and Irrfan Khan the artist that breathes life into it. 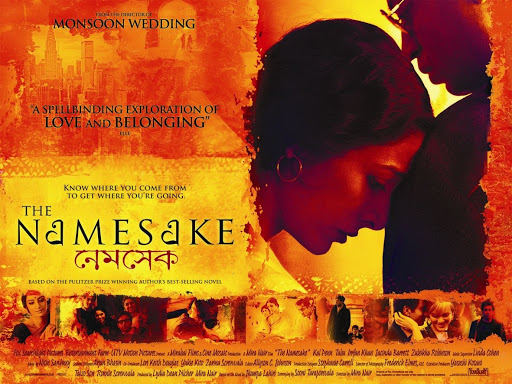 If you've seen Haider, you can probably still recall the goosebumps these heavy words uttered in Irrfan's impactful voice, left behind. Irrfan Khan wasn't a lead in this movie. In fact, his important character actually got very limited screentime in the film. Yet, somehow, through his astounding delivery, sheer talent and ingenuity, Irrfan Khan left a bigger impression in his role of Roohdar, than some of the lead actors. Just with a few minutes of acting onscreen, he managed to steal the show in a film stretching beyond 2 hours. And if that isn't extraordinary, I don't know what is. Every now and then, an extraordinary film graces the world of Bollywood, and Hindi Medium was the one to rouse cinema lovers in 2017. A sincere story rooted in realistic problems, this moving film was raised to the level of an emotive gem by Irrfan's heartwarming performance as Raj Batra. This movie brings into sharp focus, some very crucial, but not-discussed-enough social problems, along with our flawed education system and a colonial sense of superiority over those not proficient in English. With his indisputable artistic expertise, Irrfan Khan addresses some heavy themes and infuses them with easygoing humour and relatable observations. One of the most successful films in the history of cinema, Slumdog Millionaire received countless accolades and praises, along with its fair share of criticism, from all over the globe. However, despite the main spotlight being on the lead characters of the story, Irrfan Khan managed to make his presence felt in his character as a gritty police officer. The fact that the character played by Irrfan in the movie is still memorable, even though his role was at a distance from the centre stage, and it's been more than 10 years since the film released, is a testament to the magic that was Irrfan Khan as an actor. 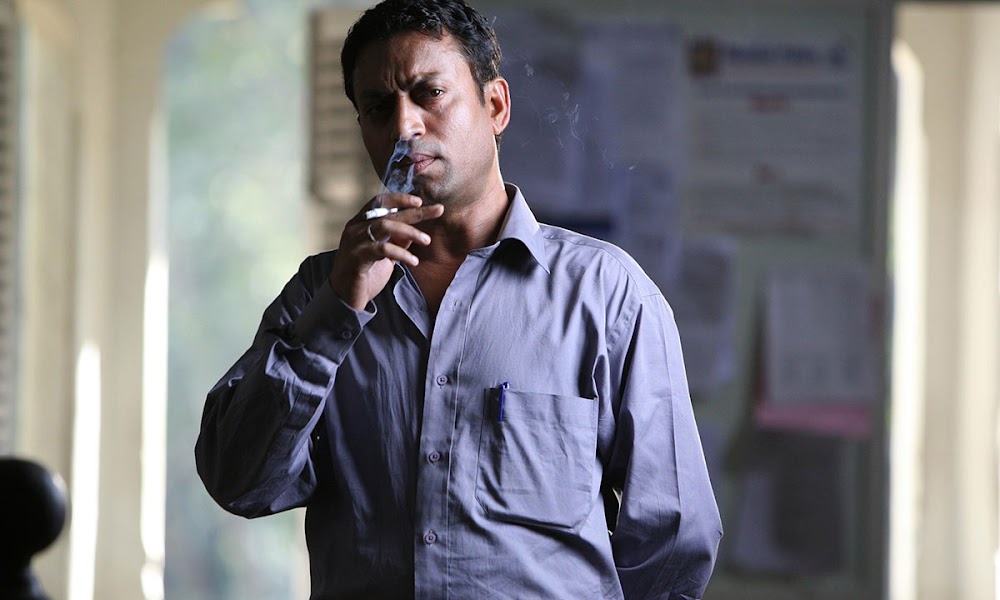 Irrfan Khan made us believe that the spotlight itself chooses those who truly deserve it. A legendary actor and a phenomenal human being, Irrfan Khan's demise is one of Indian cinema's greatest losses. RIP you legend, no one can ever do it like you did. 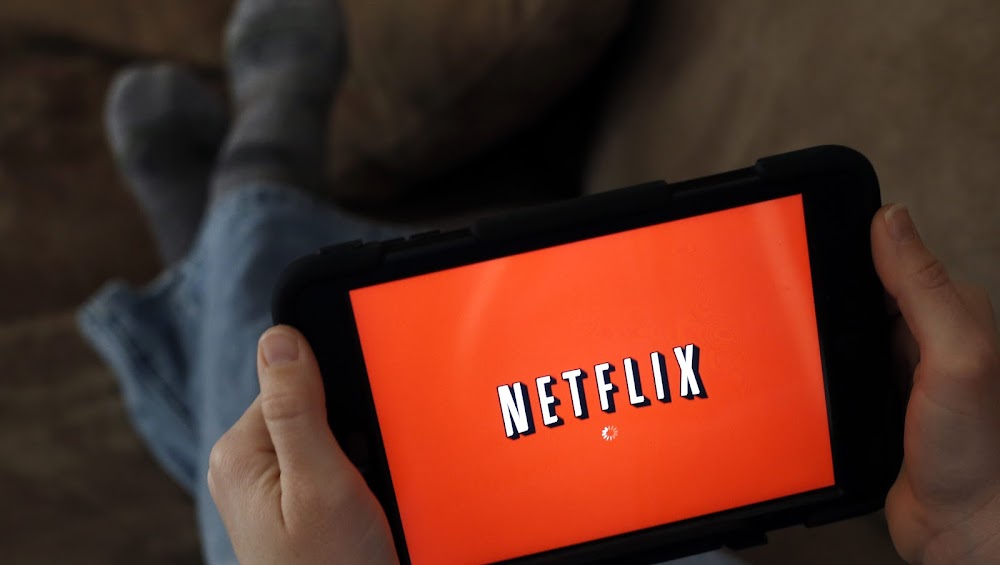 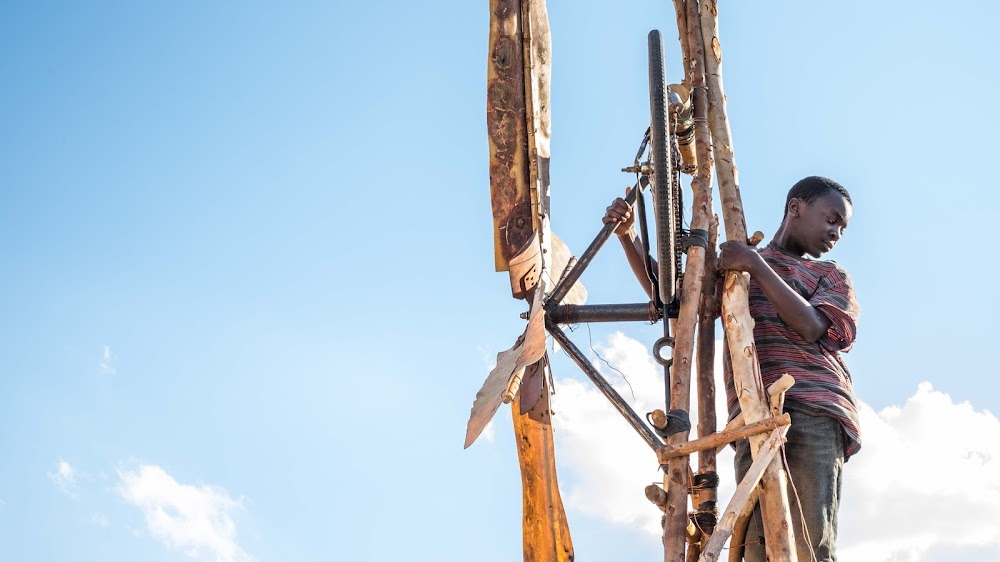 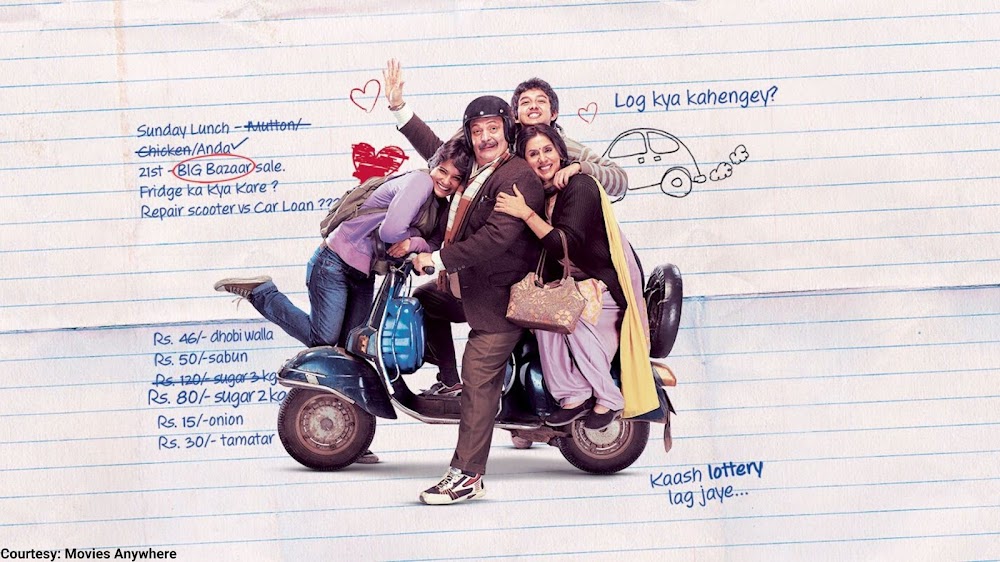 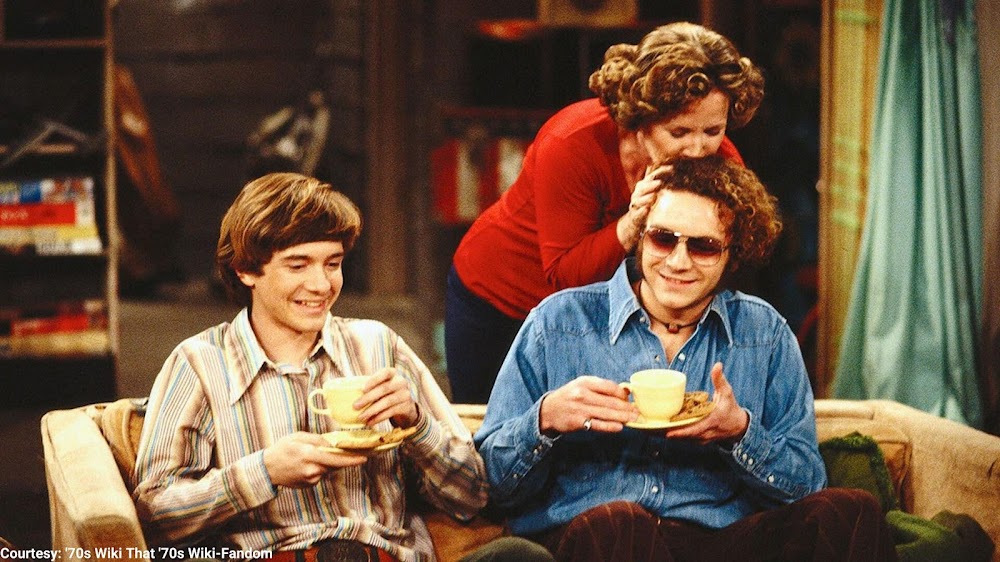 10 Shows You Can Watch Online To Sharpen Your Intellect

Watch These 5 Films To Go For A Spin In Mumbai These 5 Movies Will Satisfy Your Delhi Cravings 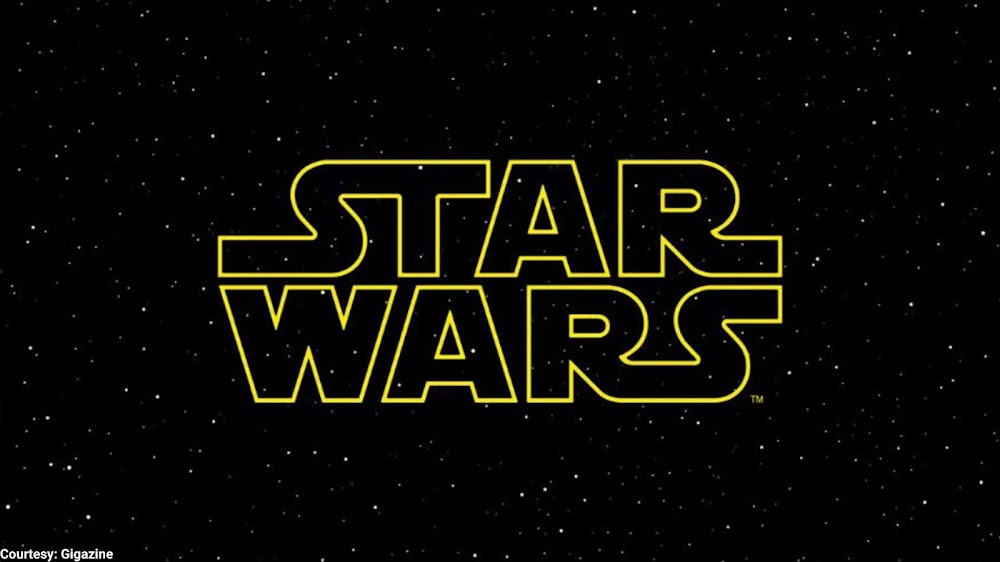 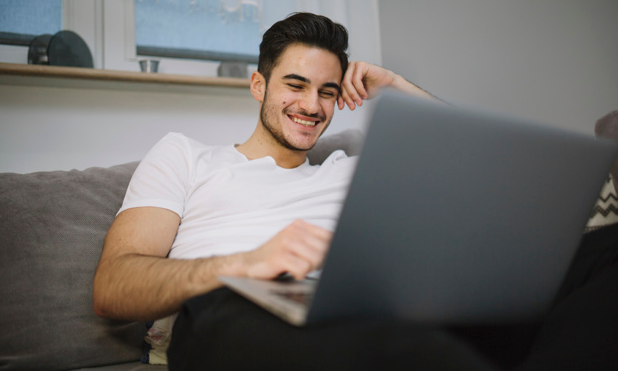 5 Stand-Up Specials You Should Watch On International Laughter Day 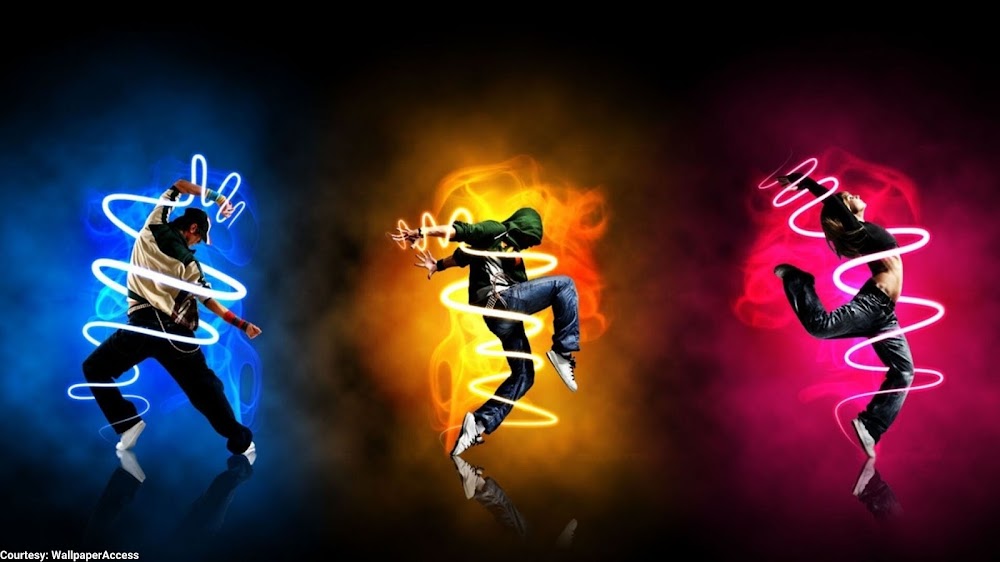 Say what you will about our generation, people from yesteryears just can't compete with our modes... Read more

A lot of us have been rescued by the world of films, from situations we found no cure for otherwi... Read more

Some movies entertain us thoroughly, while some others leave us with valuable insights. Then come... Read more

The thing with video games is, either you're into them or you're not. And if you'd count yourself... Read more

As anybody who's been down this rabbit hole would proclaim, true crime is a world of its own. And... Read more

Ever since whispers about the collaboration first started making rounds, Disney+ Hotstar has been... Read more