The best-selling vouchers on magicpin right now. Don't miss it!

New users get magicpoints worth ₹300 on signup. 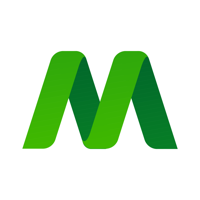 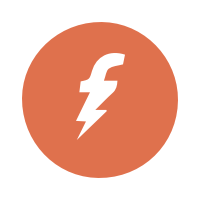 Your purchase is 100% secured with us

Cancel before using your voucher
Get full refund on cancellation

Validity
● Valid for all days.
Points to remember
● Gift cards cannot be transferred for value or re-sold or redeemed for the cash.
● Amazon Prime Subscription code is redeemable on all days of the week.
● Existing Amazon Prime subscriber would be able to use Amazon Prime Subscription Code for renewal once their existing subscription ends. In this case, the customer needs to wait until his current membership expires to claim the code. Alternatively, customer can share the code with his family members/friends and they will be able to activate Prime for their Amazon account.
● Single Subscription code to be used in a single subscription service. Partial redemption is not available.
● For any query or issue in redeeming voucher write to ERIN-TX.techsupport-IN@edenred.com.
● Voucher amount is inclusive of all taxes and service charges.
● magicpin or their affiliates are not responsible if a Gift Card is lost, stolen, destroyed or used without permission.
Refund
● Vouchers are non refundable.

#bingewatcher
Made in heaven is an extremely well made web series in terms of all aspects , be it acting, camera work , music , direction. I was hooked on to it after watching the first episode and ended up watching all the episodes . Loved every bit of it. Each episode was extremely engaging. But what really saddened me is the unnecessary bashing up of Hinduism where mocking of the "ruling party" and the colour saffron in done in every other frame especially in the last episode. The subtle way of telling that Hindu weddings are screwed up and other religions aren't and the not so subtle way of telling that Hindus are goons and the rest aren't. Especially the last scene where they show the office being vandalised by "saffron terrorists" . I know people will wonder why on earth am I getting religion into this wonderful web series but I thought it could have been done without it as well. I felt that unnecessarily Hindu weddings were shown in a bad light. Maybe season 2 will show triple talaq, polygamy and honour killings as well right Zoya Akhtar. Maybe not.
#proudgoldmagician
#mymagicpindelhi
#megaawards

#bingewatcher
Gulabo Sitabo, the latest movie choosing a web debut due to the pandemic, is humorous, zany, and poignant - a feat possible only when you have an absorbing script brought to life by compelling acting and deft direction.

Amitabh (playing Mirza) in a decidedly caricaturish get up, aces his quirky septuagenarian act obsessed with his dilapidated Haveli. The man continues to be a revelation, a bottomless reservoir of talent, with many tricks still left up his sleeves!

Authentically picturised in Lucknow with a talented ensemble cast, GS, makes you go through a gamut of identifiable emotions ranging from fixation with lost glory, the tussle between greed and need, and the fight for survival by the have-nots.

Movies like Gulabo Sitabo lack the larger-than-life big-screen visual sheen but are humungous in content and performance. Ayushmann Khurrana has become the safest bet to represent the struggling middle-class and he stands up ably against the aura and histrionics of THE Amitabh Bachchan.
#proudgoldmagician
#mymagicpindelhi
#megaawards

#bingewatcher
Oh so going against the general trend, let me give a generous 8/10 to the show - simple man, its' funny, crisp and keeps you entertained. If you are married, you'll relate to it, I can understand the unmarried people, binge watching Amazon/NF may find this foolish, but hey guys, give it a break. It's ok to watch something which is not loud and out and needs to be make you smile only if it comes through a standup comedian.

So the story is simple, relatable to mostly all North Indians (more with Punjabi households), Mini Mathur looks ravishing, Cyrus is super cute. The others in the series are OK in acting and dramatisation but yes the plots are perfect for you to watch over before you go to sleep or during evening snack time. Both the occasions, I am sure, you'll end up smiling and remembering a bit about each of them. Watch with a light nerve.
#proudgoldmagician
#mymagicpindelhi
#megaawards

#bingewatcher
I love the movies & series based on the history and this series has been added to that list now. So much pain & atrocities faced by our freedom fighters who gave their all to fight for the freedom of our nation and they have been silently forgotten in the meantime. In this series the use of our soldiers for personal gain by british and japanese is shown. Without the Hindustani fauj it was not possible for england to rule in our country. And we are taught that oldtards like gandhi nehru fought for our freedom.
What a rubbish? our history has been compromised at a big level. Thanks to Kabir Khan for this amzaing series about INA. One thing I didnt like is the shahrukh khan being narrator here. Better if any actual freedom fighter like hero was there as a protagonist.
#proudgoldmagician
#mymagicpindelhi
#megaawards

#bingewatcher
Many of us watch movies if we like the trailer or the story plot or something related to movie.
But here comes the actor, where people go and watch the movie irrespective of story plot, genre and anything.
The name Pavan Kalyan is more than enough for people to make movie hit, he knows what people wants and show through his movies.
Now coming back to story, it revolves around 3 women who are being accused by some politicians for some reason.
The movie is about how hero rescues then from those dangerous people and bring happiness back to their lives
Rating:4/5
Name:Vakeel Saab
language:Telugu
OTT: Amazon prime

It was called a thriller, but it's not a thriller.
You call it a gem, I call this a stone.
It was an normal movie, but it dint reach our expectations.
It was hyped like never before, but it turned as a flop.
I don't expect this of movie from Keerthi in future.
If you have time to waste for, you can go for this.
Name: Penguin
OTT: Amazon prime
Language: Telugu, Tamil
Rating-2/5

When everyone thought his career was over, he bounced back into industry with a hit.
Though it was a remake of Tamil film Kaithi, it was a huge blockbuster in Telugu.
When you ask for the story, I can tell in single line.
It revolves around twin brothers where one tries to save agriculture and farmers and other one is a thief.
Name: Khaidi No 150
Language: Telugu
Rating: 3/5
#bingewatcher
How to Redeem?
1.Look for the best Amazon Prime offer on magicpin 'Online offers' section
2.Select the voucher by clicking on it.

3.On checkout page, you will be able to see the discounts applied to your order.

4.Make the final payment and confirm you order
5.After successful voucher purchase, copy the CODE on Payment Success screen

6.Apply the code by following the steps mentioned in "How to use the above code" section

See all magical offerings around you