Not, in any way, associate with the government, this is a ministry that every booze-lovers cherishes. With mesmerising, beautifully decorated and well-furnished premises, the joint presents an indoor as well as outdoor seating space carrying a mind-blowing ambience. On the menu are delicious multi-cuisine preparations, a wide range of beer and other liquor choices. On top of that, cordial services and reasonable pricing easily justify the high ratings it gets. Recommended: Palak Patta Chaat, Butter Chicken, and Sangria 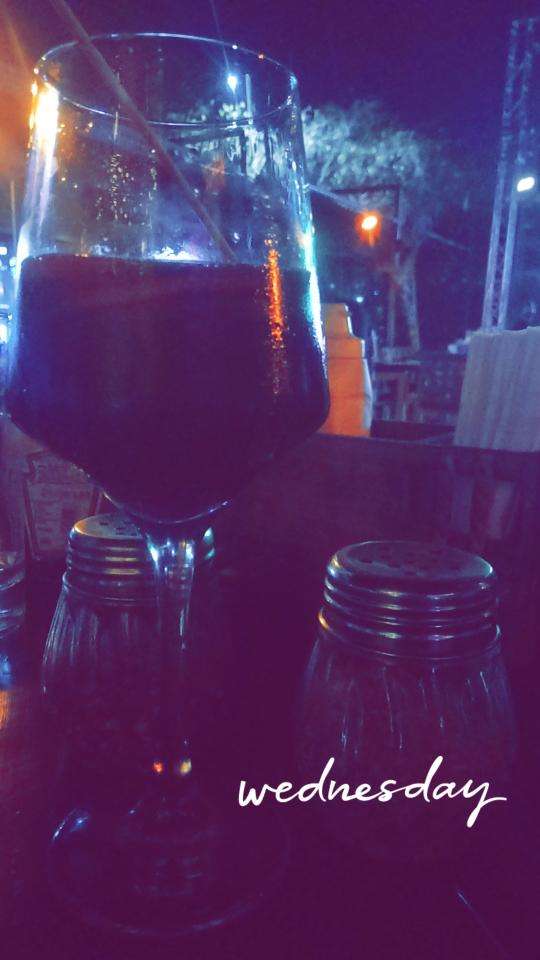 Ministry Of Beer is one of the elite places in brewtiful29. Which gives you a complete royal feel, once you enter from one traverse from the huge brewery tank's on both side which have beautiful silver hue, you find yourself in a humongous area which is consisted of varried sitting types like indoor, semi-indoor and outdoor sitting, at night the indoor area near big bar gets converted in to semi dance floor where everyone love to shake thier leg's on peppy no's being played by DJ. the place got amazing ambience, which is full of lively decor, in all the place is must visit for some amazing happy time over a drink or two, which can be accompnied with some of their lipsmacking food. This time we tried our hand on their fresh paneer pizza which was a complete delight for a cheese lover consisted of fresh veggies bell peper and some other herbs and was loaded with cheese and paneer making it a complete delightful delicacy must try at this place. Highly recommended place for everyone who love to enjoy good time at reasonable prices #happy #explorer #proudgoldmagician #waytoplatinum #brewtiful_29

Went on this place,one of those sunday where we buddies are out for party and searching for a better place to enjoy and ended up coming here.😊😋😁 we had drinks 🍻#wheatbeer #mutton and #chicken had dinner together. That night was amazing.🤠🤠#LiveMusic was going on,we dance and chilled out.🎃#HappyWallets #TheSelfieDen #UniqueFood #WineDine

#Foodstop #HappyBeerDay Lovely fresh beer from this place. One can get amazing service with great taste here.🍺🍺🍺

Beer act as binding force between people and i found few details about things used to manufacture it. If somebody have any doubts then do check below ingredients used to make it.🍺🍺🍺


Beer is one of the oldest and most widely consumed alcoholic drinks in the world, and the third most popular drink overall after water and tea. Beer is brewed from cereal grains—most commonly from malted barley, though wheat, maize (corn), and rice are also used. During the brewing process, fermentation of the starch sugars in the wort produces ethanol and carbonation in the resulting beer. Most modern beer is brewed with hops, which add bitterness and other flavours and act as a natural preservative and stabilizing agent. Other flavoring agents such as gruit, herbs, or fruits may be included or used instead of hops. In commercial brewing, the natural carbonation effect is often removed during processing and replaced with forced carbonation.🍺🍺🍺

#ourhangoutspot #happyfriendshipday
On this coming friendship💑 day we are planning to go🏃🐎 again in Ministry Of Beer which is one of the best hangout placy for me and my friends 😁. So come let's celebrate this friendship day in your best hangout place 🥰

#foodstop #quicknibbles #healthybites #delhi7
In frame : paneer tikka from ministry of beer are tangy and spicey at the same time. Paneer is juicy and tender too

#northernknights #foodstop Amazing pizza from this place and nicely presented. Taste is quite good. One of the best things which I liked from this place.
Enjoy Beer Pizza here.🍺🍕
#MOB

Restaurants related to Ministry Of Beer

New users get ₹300 worth of magicPoints on signup!

Roots - Cafe In The Park

My Bar Headquarters By Dockyard

We've Listed The 10 Most Insta-Worthy Cafes In G-Town!

These Gurgaon Bakeries Are Best Enjoyed In The Winter!